Skip to content
Most of my trips have been in these combination. Solo soul, triple soul or quadruple soul.
This time four of us decided to get our sins rinsed in sikh style, and what’s better than a dip in holy lake of harmandir sahib.
Since Indian railways website decided not to provide us with the reservation. So we relied on Punjab roadways . In jalandhar we were treated with noodles burger for Rs. 20 per piece. We reached Amritsar after 12 hours of spine breaking journey. Found a hotel for Rs. 400 for 4 people which I believe was built when jallianwala massacre happened as it was still in the same state as of bygone era. Windows, with window panes but no closing mechanism or glasses. So we enjoyed the non-polluted air for some time. After some sin, we walked down to harmandir sahib. Did not enter the actual shrine, yeah I am not that sinful. Came back, had awesome chicken curry (best till I shifted to delhi) with few glasses of Vodka in Fauji Dhaba (near bus stand). Back to hotel with CPL (card premier league) and Rum. Time for sleep. Have an alcoholic sleep. Talk to you tomorrow.
Day 2
We were supposed to get up early today and start touring the city. But we were drunk yesterday, remember! We got up at around 0930 hours, and were ready to pray at harmandir sahib. However as I do not enter main shrine of any religious place, I waited for my friends, who queued to enter the main shrine. And as all queues turn up, in India, It took two hours for my friends. In the mean time, what did I do. First photographed the establishment and then sat down for a lesson in religion and history, Which was being delivered by a group of performers, Then went onto museum to see beautiful paintings on display. Still time left, as the queue decided not to budge down, So volunteered at the place which serves clean drinking water for free. I collected and carried soiled dishes to a place, where again a set of volunteers were washing them. A true sikh if you meet, will tell you-“Helping other living beings is what you will get peace from”
Their whole community is based on principle of helping people in need. We then visited Jallianwala Bagh, which has a very special place in history of Indian struggle for freedom. As books will tell you, one tyrant killed thousands of innocent people for no reason.
Next was time for some bon appetite.  And what’s better than ‘aaloo ke paranthe’ and ‘lassi’ (potato stuffed chapattis/yogurt shake). It’s now time to catch the famous retreat ceremony being held in wagah border, which is an entry/exit route between India and Pakistan. We got an auto rickshaw, which charged us Rs 70 per person, for taking us to wagah border, wait for us till the retreat ceremony is over and take us back to the city. This time visit to wagah border only proved its point of population.  It was chaotic, it was crowded an all sweating to cheer their part of nation. Retreat ceremony is unique to the point, that Indian and Pakistan army lower down respective nation’s flag and both go in perfect harmony not to disrespect other nation. Also some pride is shown through high leg actions during the parade. Changes I noticed this year will be inclusion of two women from Indian Army in the parade. Also they have put up huge portraits of Mr Gandhi and Mr Jinnah on gates of respective nations.
It’s now time to leave the border and head for the city. Our tickets were yet not confirmed and so we had to catch our travel agent for a refund. When we approached him, he assured us that our tickets will be confirmed, and don’t know how, out tickets were confirmed! (I think that’s the reason many still believe in the power of Indian majic) Train was scheduled to depart at 2345 hours. Now let’s have dinner. Again the choice was synonymous. Fauji Dhaba was our destination. This time menu-Rum,green salad,chapattis, shahi paneer, dal makhani, chicken curry and chicken tandoori. As we still had time for or train, and fauji dhaba being the only place, where we could catch some live action of Indian Premier League (Yeah you guesses it right, no other sport, India’s third religion-cricket)
We went for a last darshan of harmandir sahib, before we leave the city, Then a stroll through the market, where my only purchase was a turban cloth.
We walked to the station, and I think it’s a conspiracy theory, that as soon as we arrived at the station, we were greeted with the announcement, “Train scheduled to depart at 2345 hours will depart at 0730 hours, so wherever you get a place to sleep, go and sleep” (the sleep part is not added, it was actually announced). We got hold of some newspapers  to squat down on station and play cards to kill time. As everyone was sleeping and we were the only people awake and playing cards, police and railway officials checked on us. I think we were photo opportunity too, as some foreigners decided to click us. 0730 hours, our train was stationed. It’s time to catch some sleep on 10 hours ride and go straight to attend my shift.
If you are on your first visit to India, or even being Indian, your first visit to state of Punjab, Amritsar will be a great place to launch into, where you get a good dose of sikh spirituality, their way of living and a chance to visit the border between two nations divided by some chair hungry people. 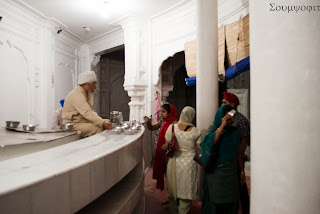 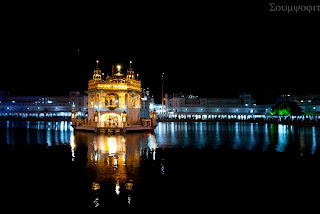 Another example of community service. Volunteers clean up the lake 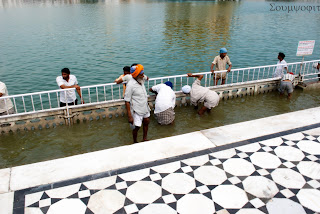 When I bow down, I see you.
When I raise my head, I see your creation. 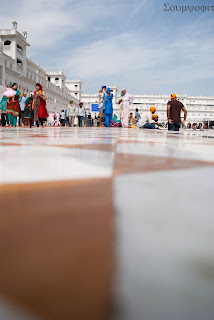 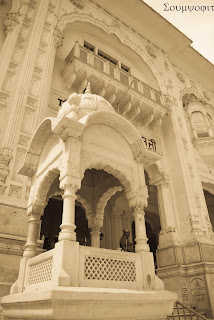 They were responsible for me learning of history and religion 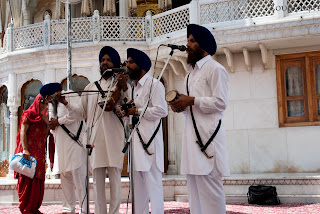 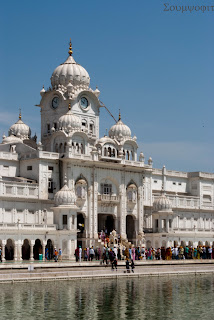 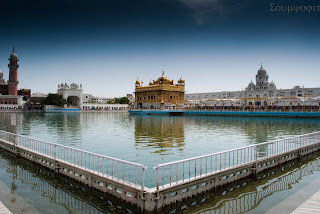 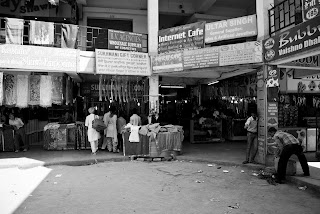 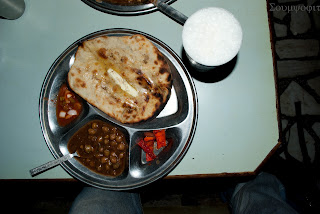 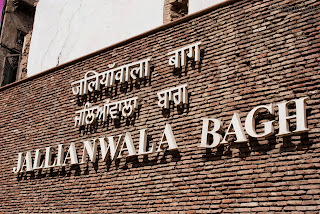 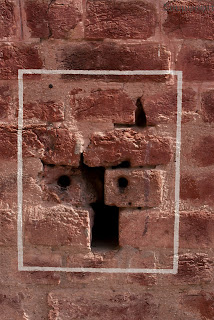 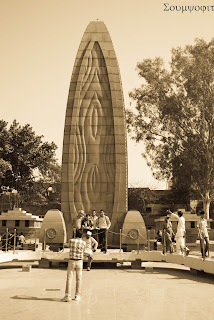 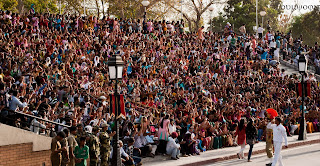 War or peace, you decide 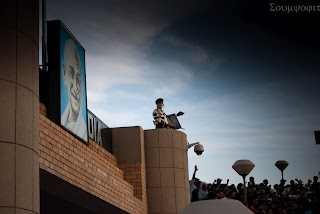 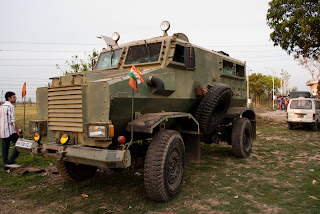 The first greeting when you enter India, through the border 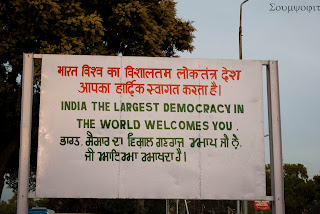 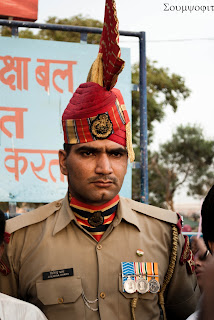